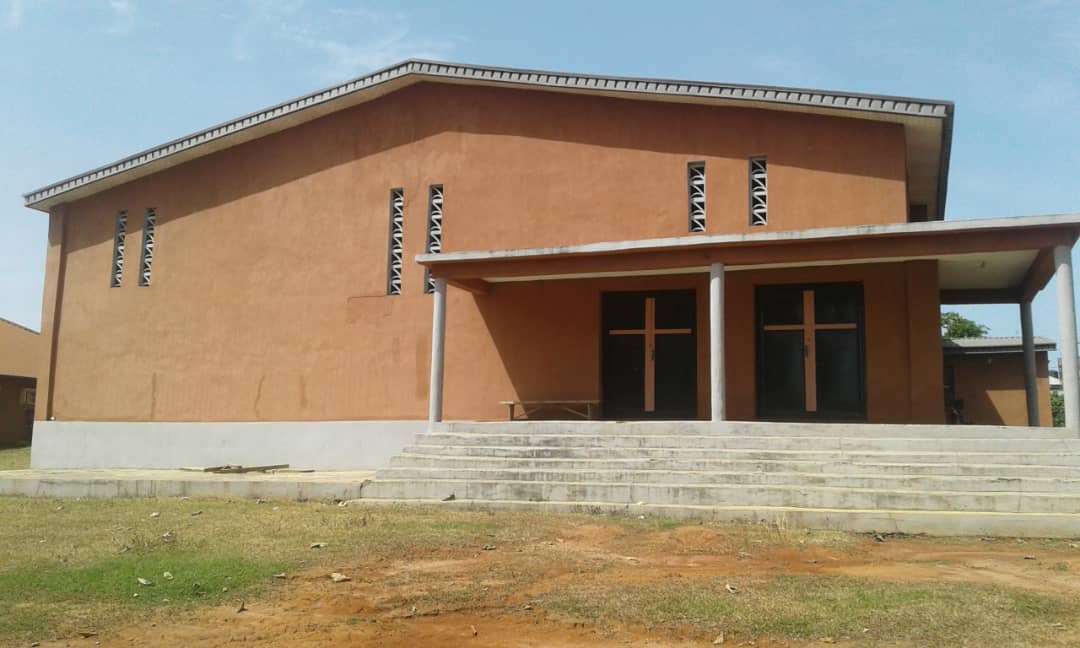 St. Joseph Roman Catholic Church, Ìjẹ̀bú-Jẹ̀ṣà, was found in 1926. Up until this time, the C.M.S remained the only church in Ìjẹ̀bú-Jẹ̀ṣà. In the year 1926 within the CMS, there were increasing number of youths in the church that wanted to know about the income and expenditure of the Church. Also, one Mr. Thomas Rogbodo wanted his wife to be baptized and the youths discovered that his name was not written in the Church record as being up to date with his financial contributions toward the growth and development of the church. Mr. Thomas Rogbodo was frank about this situation and explained how devoted he was in the church and his own contributions toward the church. He emphasized how he had assisted several members and contributed financially to the church. For example, he claimed to have given some of the Church members and teachers land for farming; planted beautiful flowers in the church environment and normally gave to the Lord the best farm produces from his farm that could not be compared with other church members in terms of good quality and quantity. These allegations made him to have decided to leave the church.

He then brought together some of his friends and neighbours to form the Roman Catholic Church (R.C.M) in Ìjẹ̀bú-Jẹ̀ṣà. They began church service in Mr. Pere Obadiah’s house. Among those that started the church with Mr. Thomas Rogbodo were Mr. Paul Oni, Mr. Pere Obadiah and Mr. Daniel Aribisala.

By 1928 the church members had substantially increased and they built their first church at Òkènísà where they worshipped every Sunday. Mr Jeremiah Oni, who was formerly installed as Chief OnÌrókò of Ìjẹ̀bú-Jẹ̀ṣà, decided to join the new church since he was a Catholic Church member when he was sojourning outside of the town.

They were faced with different challenges but that did not make them to relent in their effort towards the growth and development of the church. Mr. Thomas Rogbodo was installed as the church bands’ Patron and his wife Mrs. Mary Thomas as church bands’ matron. The organization and coordination of church services in line with the Catholic Church doctrine was their first major challenge which they later surmounted when new members that had just returned home from outside the town and who had been staunch members of the Catholic Church from their various cities of residence joined the church.

In 1930, Mr. Ilesanmi Paul, a staunch member of the Catholic Church, who had just returned home, joined the church. After the death of Mr. Thomas Rogbodo, Mr. Ilesanmi Paul succeeded him as the second church bands’ patron. They also lacked good leadership but Mr. J.O. Osanyin returned home and took up the leadership role of the church. He performed the job of Catechist through the period.

Termite invasion was another challenge faced by the early church. Termites ate up all the chairs and furniture of the church which made the church to move to Esa-Oke road, Oke-Eriru, where the new church building was built and stood till today.

The church had no Catechist but Reverence Fathers and Bishop from Ilesa and Osogbo used to pay the church regular visit from time to time. The church membership rose to about 150 members as the students of Ìjẹ̀bú-Jẹ̀ṣà Grammar School did join on Sundays for Sunday worship which made the church congregations to increase tremendously.

However, in recent years, Ìjẹ̀bú-Jẹ̀ṣà had grown rapidly as a community of citizens from different parts of the country due to increased commercial activities that now serve as a hub for the several small towns and villages in the Oriade-Obokun Local Government Area axis and part of Ekiti State. This has resulted in a sharp rise in the population of Catholics who are mostly traders especially from the South Eastern and South-South geo-political zones of the country. These families now constitute the largest group of worshippers in the Catholic Church in Ìjẹ̀bú-Jẹ̀ṣà, apart from many who are civil servants and other businessmen that are now permanent residents of Ìjẹ̀bú-Jẹ̀ṣà.